Two views of racehorse Barbaro's broken leg in x-rays and other images.

Okay, we know. Barbaro is a horse and not a human.  But he was a famous sport icon whose broken hind leg drew huge international attention when he was unbeaten and a serious contender for the Triple Crown.

As millions watched on television May 20, 2006, Barbaro broke down only a few hundred yards after the start of the 1 and 3/16-mile Preakness Stakes.

Immediately after the event, Barbaro was taken to the University of Pennsylvania's New Bolton Center and diagnosed from these x-rays needing fracture repair surgery.  In addition to the cannon and pastern bone fractures,the colt also had a fractured sesamoid and his ankle was dislocated at the fetlock joint.

Dean Richardson, chief of surgery, called the damage “very, very serious,” and said that he had not worked on a horse before with such catastrophic injuries. “You do not see this severe injury frequently because the fact is most horses that suffer this typically are put down on the race track,” Dr. Richardson said. “This is rare.”

Both a large sling and monorail system were used to lift and transport Barbaro before, during, and after the surgery to repair such extensive injures.

In the seven-hour surgery, a device called a locking compression plate, or LCP, was employed to stabilize the injured area, with 23 screwsused on the 16-hole plate. A cast was then fitted on the leg, enclosing the hoof and running up to just below the hock.

When all the procedures were completed, Barbaro was lowered by the sling into a recovery pool on a raft while the horse emerged from anesthesia. The pool is used to prevent a horse from reinjuring itself as it wakes from surgery. After that, Barbaro was blindfolded, lifted back out with the sling again and moved to another stall.

"When he went to the gate, he was feeling super and I felt like he was in the best condition for this race," Barbaro’s jockey Prado said. "He actually tried to buck me off a couple of times. He was feeling that good.

Prado was shocked by how suddenly everything went awry. "He took a bad step and I can't really tell you what happened," he said. "I heard a noise about 100 yards into the race and pulled him right up.

Kentucky Derby winner Barbaro survived eight-months in an ICU stall for his rehab process after the surgery. However, a number of ailments, including laminitis in the left rear hoof and a recent abscess in the right rear hoof, proved too much and Barbaro was eventually euthanized after the complications January 29, 2007.

The following video is from the broadcast as it happened. 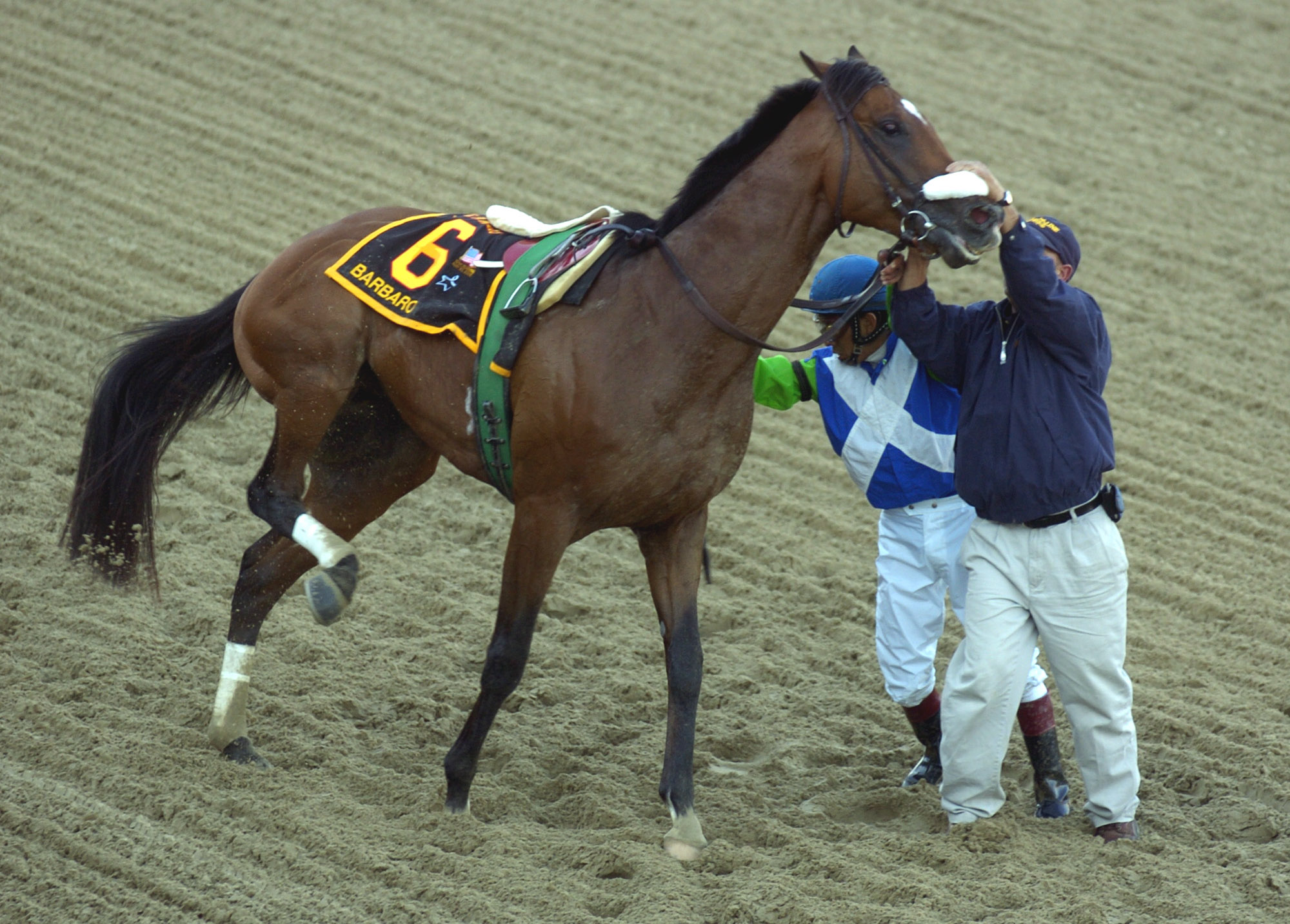 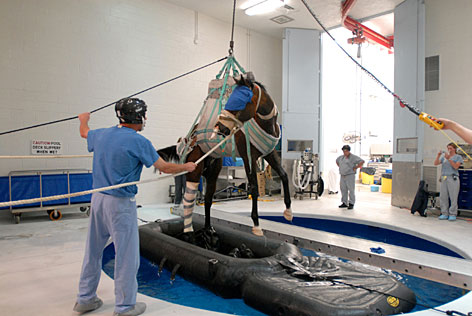 Surgeon Dean Richardson controls Barbaro as the horse is transported from the pool following surgery. By Sabina Louise Pierce, University of Pennsylvania