Two views of Lance Armstrong's broken collarbone with x-rays and other images.

Two days later, Armstrong had surgery on his broken collarbone at Austin Sports Medicine in Austin, Texas on Wednesday, March 25.

The collarbone was ultimately found to be broken in four different parts. It was shattered and needed to be carefully joined back together if Lance would hope to ever ride again.

During the 3-hour surgery, Dr. Doug Elenz reassembled the bone and plated Lance with 12 screws. These screws were put into Lance's body according to doctors tohold the plate in place to support the bone as it healed over 12 weeks after surgery.

Dr. Elenz stated the injury had a greater impact than he and his team had first thought because it took them 45 minutes to clean up a lot of the bruising and scrapes from the crash.

Armstrong shared this photo of himself and his scar with his Twitter fans waiting anxiously for any news of his recovery.

Earlier on-line, Armstrong had posted a video on his site describing how he felt after the tedious operation. He also included the x-ray footage of his shoulder with the plate and screws in it. 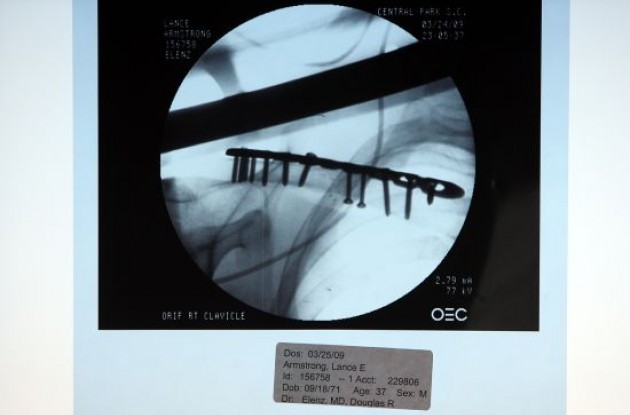 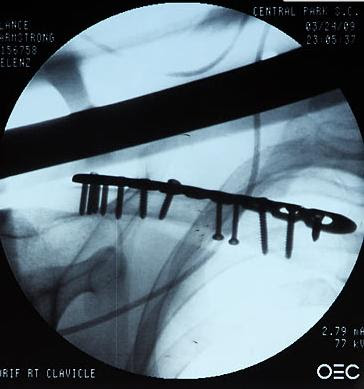 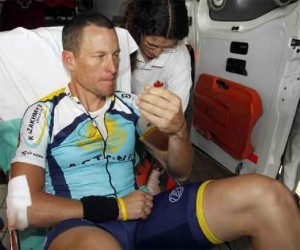 Lance Armstrong is sent to the hospital for x-ray test. Photo credit: foot.com


Lance Armstrong shared with his rabid Twitter fan base a photo of himself with his new, big scar. source 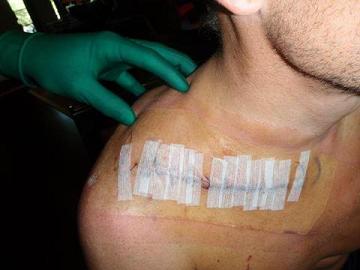