A Quick History Of Mammography

1913 – Albert Salomon makes an effort to visualize tumors in the breast with radiography.

1920s – Walter Vogel explained how X-rays could detect breast tissue differences. His guidelines that he explained are actually still used by today’s physicians.

1930s – Stafford L Warren was the first doctor to use mammography to diagnose breast cancer during pre-surgical observations.

Late 1950s – Robert Egan developed a new method of screening mammography. He published his results in a paper in 1959 and in a book in 1964.

1963 – Philip Strax collaborates on a study of women, which ends up showing that mammography reduced breast cancer deaths by a third.

1973 – The National Cancer Institute began conducting a four-year study of women in the USA. They revealed that many women who had non-cancerous tumors and growths had undergone breast surgery, which they felt was unnecessary.

1992 – Congress enacts the Mammography Quality Standards Act, which ensures that all women have access to mammography for breast cancer detection.

1993 – A common language among doctors to report mammogram results is created by The American College of Radiology, known as the Breast Imaging and Reporting Data System.

2009 – The American Cancer Society reports that deaths due to breast cancer are down 30% as a result of early detect and treatment using mammography. 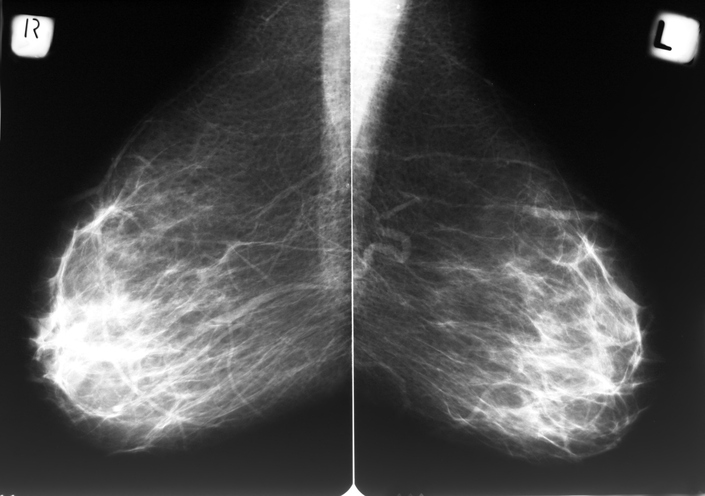 ABOVE: Xray film of mammogram done of patient's right and left breasts. 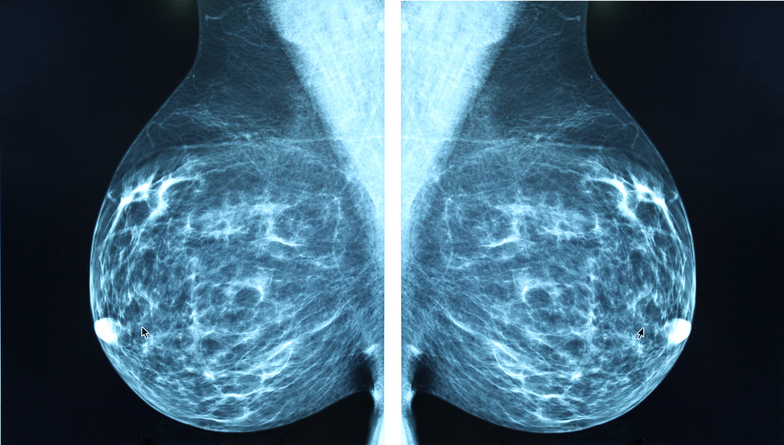 ABOVE: Digital mammogram done of patient's right and left breasts.