What Is A Mammogram?

The definitions of what a Mammogram or Mammography is are presented in two views.

What Is A Mammogram Or Mammography?

A mammogram, mammogram test or mammography exam, is a specific X-ray test that produces an image of the inner tissues of a breast on film. By creating these images, radiologists can analyze them for any abnormal findings. Mammography’s most common use is to aid in the early detection and diagnosis of breast (mammary gland) diseases. 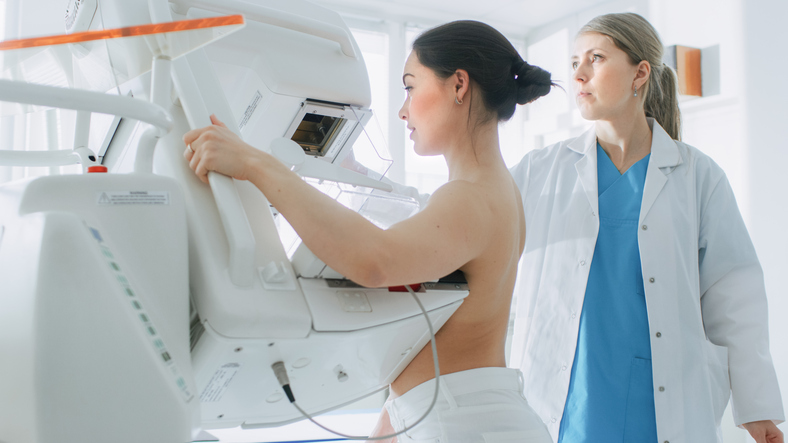 The mammogram exam is specifically designed and performed to help identify certain characteristic masses and/or microcalcifications that might lead to cancer. However, a mammogram can also help in identifying other forms of cysts, calcifications, and tumors within the breast. With regular breast self-examination (BSE), it is currently recognized as the most efficient screening method to detect early breast cancer.

Like many x-rays, a mammogram’s aim to use as low of a dose or amplitude of X-rays as possible (usually around 0.7 mSv) to create the images. There are many types of mammograms now, most machines giving the test will use longer wavelength X-rays (typically called Mo-K) than those used for taking an X-ray of a person’s bones.

After mammogram images are taken by a technologist, the radiologist will review them and send them to the physician or specialist who ordered them. Most results are usually available within 10 days but recently, the results can be given in the same day. 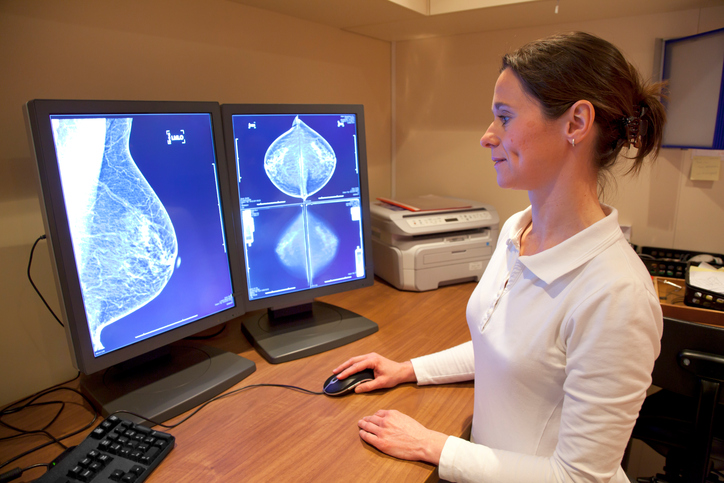 In the United States, facilities that perform mammograms send the results directly to your health professional's office and must send you a copy of the test results (written in language that is easily understood) within 30 days.

IMPORTANT: It should be strongly pointed out that abnormal mammograms do not necessarily mean that a cancer is present. Other tests may be performed for further clarification of an abnormal mammogram. And likewise, a normal mammogram does not exclude that there is presence of cancer. It is not uncommon to be asked for other test or even tests to be performed after a mammogram so additional views of the area in question can be obtained. Read more about false-positive and false negative results here.

There are three stages or phases of mammography and each have a different role in the detection of abnormalities in the breast tissue. The mammogram "work-up" process has frequently become formalized into three stages:

performed after the screening if necessary

if or when necessary.

Mammography as a whole has existed for over four decades, starting when the first x-ray units dedicated to breast imaging were being used. A quick history can be found here. Mammography became standard practice as a screening device by 1976 when its value in diagnosis was recognized by many different medically valued sources.

Several new technologies have advanced the field to improve conventional mammography. Two of the more recent and used advances in mammography include digital mammography and computer-aided detection. 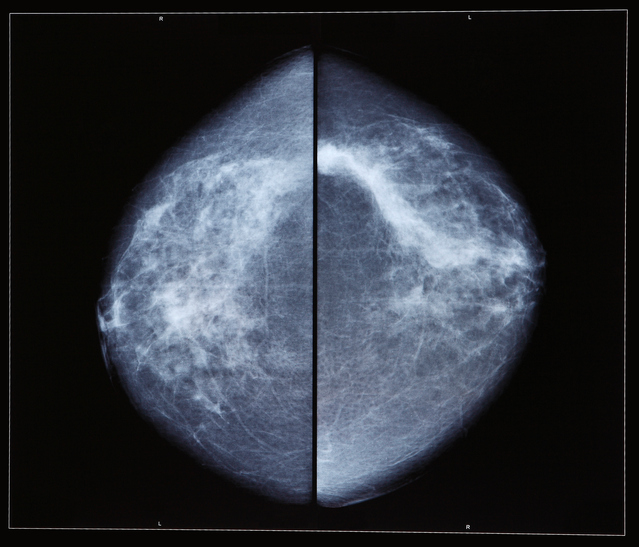 ABOVE: Top down, or cranialcaudal view, of a screening mammogram, tinted slightly in color for effect. Both left and right breasts are depicted. 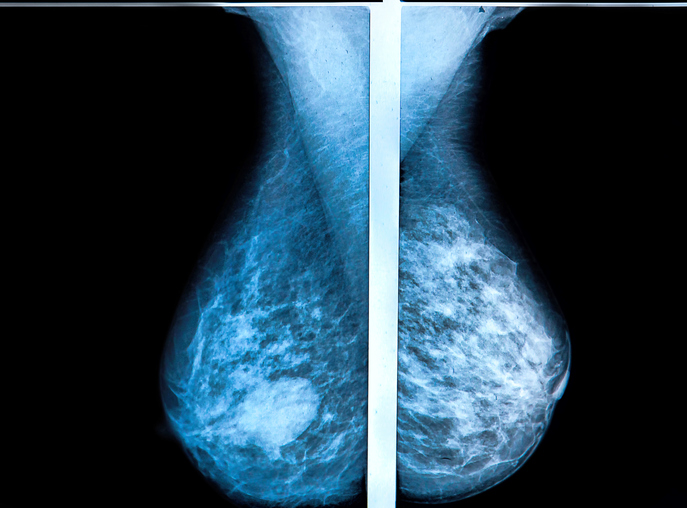 ABOVE: Mammograms can help doctors look for and detect abnormal findings. 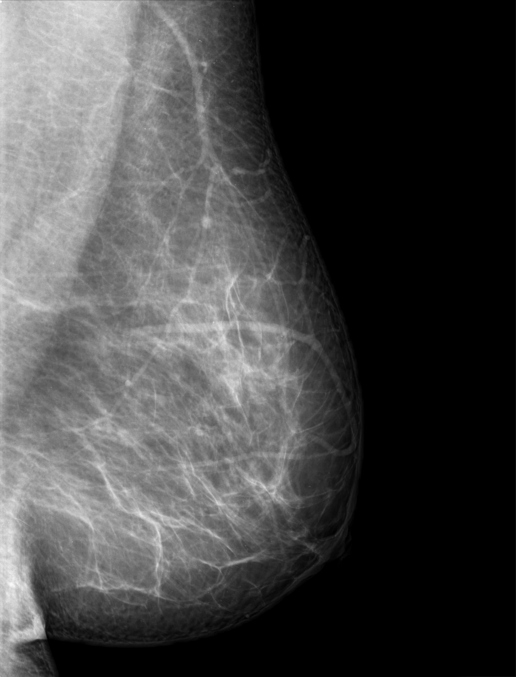